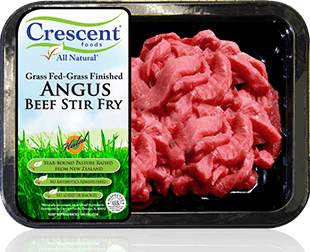 Mix together soy sauce, stock, brown sugar, cornstarch, ginger, garlic, and chili paste (or chili oil.) Place sliced beef in the mixture and toss to coat. Set aside.
Heat 1 tablespoon oil in a large skillet over medium-high to high heat. When it is very hot, throw in the onions and cook for less than a minute. Remove to a separate plate. Return skillet to flame, allow to reheat, and add bell peppers (and hot pepper/jalapeno if using.) Cook for a minute, tossing, until peppers have brown/black bits but are still firm. Remove to a plate.
Return skillet to heat and allow to get hot. Add the remaining tablespoon of oil to the skillet. Add 1/3 of the meat mixture, evenly distributing over the surface of the skillet. Allow to sit for 20 to 30 seconds, then turn with tongs. Cook for another 30 seconds, then remove to a separate plate. Repeat with remaining meat until all brown.
Reduce heat to low. Add all meat, onions, and peppers to the skillet and toss to combine. Pour in remaining sauce (the sauce the meat marinated in*) and stir. Allow to simmer on low for a few minutes. Sauce will slowly thicken. Turn off heat. You can also whip up an extra batch of liquid if you do not want to use the same liquid you use for the meat.
Turn off boiling water, then throw in noodles. Stir, then allow noodles to sit in hot water for 8 minutes or so (check package directions to be sure.) Drain, then add 1/2 the noodles to stir fry. Toss together, then add more noodles to taste. Add very hot water if needed to thin.
Top with cilantro leaves. Serve immediately.